* In case of any delay in receiving the OTP, you may verify it later. Please proceed without verification.

Enter your City name or Pincode

Mattanur otherwise known as Mattannur is a town in the district of Kannur in Kerala. It is administered by a Municipality. It is situated some 25 Kms to the east of Kannur as well as Thalassery. The town lies amongst Iritty, Kannur and Thalassery. The inter-state buses that operate between Thalassery and Bangalore pass through Mattanur. The town connects Kodagu with Kannur. 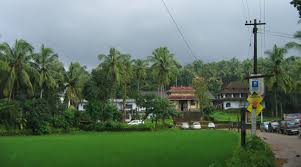 A Brief History of Mattanur

A famous personality belonging to pre-independence period of Mattanur was Pulleri Illathu Madhusoodhanan Thangal who represented Madras Legislative Council during British rule. The renowned freedom fighter, Sri K T Madhavan Nambiar was the president of Mattanur panchayat for 16 years until he died in 1972. During his tenure, the town’s infrastructural development took place. The Mattanur Government Hospital was established by him. He also set up a Fruit Canning Unit in Kallur which is one of the industrial units of the region. Currently, this unit comes under RAIDCO.
The Great King Pazhassiraja stayed in Pazhassi and ruled here. Even today, some of the veera Pazhassi generations live here. Thillenkery is a beautiful as well as historical area in Mattanur.

Tropical climate prevails in Mattanur and it receives significant rainfall throughout the year. Koppen and Geiger have classified the climate of Mattanur as Am. The annual average temperature of Mattanur is 27.2oC and the precipitation is 3733 mm. April is the warmest month and July is the coldest month.

Mattanur town in Kannur district is governed by a Municipality. It has 31 wards and elections for the same are held once in 5 years.

The Mattanur town is famous for Chenda, the ethnic drum and for Panchavadyam. Kalanilayam Udayan Namboodiri as well as Mattanur Sankarankutty Marar are well-known artist of Mattanur. Mattanur Sankarankutty Marar is a popular Melapramani of Pooram festival of Thrissur. Kottiyoor Vysakha Mahotsavam which commemorates Daksha Yaga is a major festival during which pilgrims throng the town.

Mattanur is a beautiful place and its calm and serene ambience attracts tourists from all over the country. Some of the tourists’ attractions of Mattanur are as follows:

The dam which comes with the reservoir offers scenic view of the place. The dam also comes with a garden as well as amusement parks. Boating facilities are also available. From this dam, drinking water supply is carried out to the municipalities like Mahe, Kannur and Tellicherry.

This is a famous temple dedicated to Lord Shiva. It is said that the town of Mattanur has developed around this temple. Devotees throng this temple to seek fulfillment of wealth, salvation, relief from diseases, gain knowledge and for the purchase of vehicles. This temple is open from 9.30 a.m. to 1.30 p.m. and in the evening 4.30 p.m. to 7.30 p.m. Every year annual festival of the temple starts on 27th February and extends up to 8 days. On the last day of the festival, aaratu is performed.

This is a popular Vishnu temple dedicated to Narasimha Avatara of Lord Vishnu.

This temple is devoted to Lord Lakshmana. Every year annual festival for eight days is held during Kumbhamasam on Uthratathi day.

This temple is otherwise known as Parassinikadavu Muthappan temple and is situated on the banks of River Valapattanam. The presiding deity of the temple is Sree Muthappan which is the manifestation of Thiruvappana as well as Vellattam, the mythical characters. The worship in the temple is made by a ritual enactment of both the characters of Muthappan in a traditional dance form called Theyyam. The offerings made to the God are meat, toddy and fish. Annual festival which is held for three days take place on 19, 20 and 21 of the Malayala month of Kumbham i.e. during the first week of March.

Mattanur is well connected by road with other major cities of Kerala. KSRTC buses as well as private buses operate here. Regular bus services are available for Mattanur. The nearest railway station is Thalassery which is situated some 20 Kms away from Mattanur. The nearest airport is the Calicut International Airport situated at 80 Kms. The proposed Kannur airport is the closest airport to Mattanur as it is only 5 Kms away from the town. From the railway station and airport, the tourists can hire taxi or travel by bus to Mattanur.

Comments / Discussion Board - About Mattanur